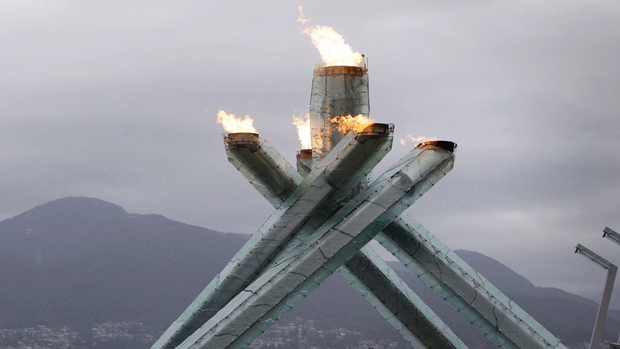 The 22nd Olympic winter games have officially begun in Sochi, Russia. Despite it’s political/moral state, the spirit of the games is alive and well by a rather strong opening ceremony. Things actually went off without a hitch, at least for viewers of Russian television.  (In their defence there was nothing really disastrous that happened.)

There’s more of an excitement in the air when it comes to the olympic games (at least for me). With competitions the likes of cross country, curling and hockey, it’s been much more of a Canadian event in my eyes. Sure we compete with the rest of the world, but growing up in central Canada for most of my life, winter sport and activity were all I was ever subject to.

In 2010 when Vancouver took the spotlight (torch in photo above), we were never really hosting the events so much as playing all the home games two weeks in a row. The other countries looked on as we held our heads high, stating “This is how we are, and this is what we do.” Streets were flooded every day and night with activity and excitement. It was a sight to behold! (as poorly demonstrated in the video below)

Needless to say, it always gives me a strong sense of pride whenever the winter games take place. It feels even more wonderful to see the rest of Canada with a spirit even stronger than my own. With viewing gatherings all over cities across the country (CBC always does a heck of a job with that).

But then, eyes are on Sochi for a number of reasons other than the love of sport. The terrorist attacks and threats against the country, The protests in Ukraine, Russia’s own war on homosexuality, the years of Mystery that comes from within the country itself. It wouldn’t surprise me if the games were watched more for the potential disasters that could take place.

It’s also fair to note that there will be just as much tuning out the weeks to come, boycotting in the name of the LGBT community. With the unfair laws that have passed and the Mayor of Sochi proclaiming it a gay free zone, one can’t help having a bad taste in their mouth due to their views. Also strange to consider it’s the same country that brought you T.A.T.U. a music duo manufactured to be lesbians (which funny enough played, mixed with Daft Punk, when Team Russia walked out during the opening ceremony).

Whatever the case may be, and whatever is happening in and around Sochi, it will be a very interesting winter olympics. And for me being Canadian, it’ll definitely be one to remember.