Ellen Page was sitting on her back porch, playing with her acoustic guitar. She knew well enough that she wasn’t the best at it, but it’s an interesting and freeing quality to have. As the final chord that she was willing to practice was struck, Page put the guitar down and took a deep breath. This was the twenty-seventh time she’s practiced this week, and came away from this session pretty confident.

‘The girl from Ipanema’ is just one of those songs that she’s always wanted to learn. Having grown up around Folk and Country music most of her life, she never would have guessed she’d develop a soft spot for Bossa Nova. It’s one of those things that seems under appreciated, and is really pleasant on the ears. The only problem is that she’s never found the right conversation to just bring it up.

Ellen then put the guitar back inside the house and grabbed herself a glass of water. After the events that happened a couple of weeks ago, she’s definitely felt like a gigantic weight has been lifted off of her shoulders. 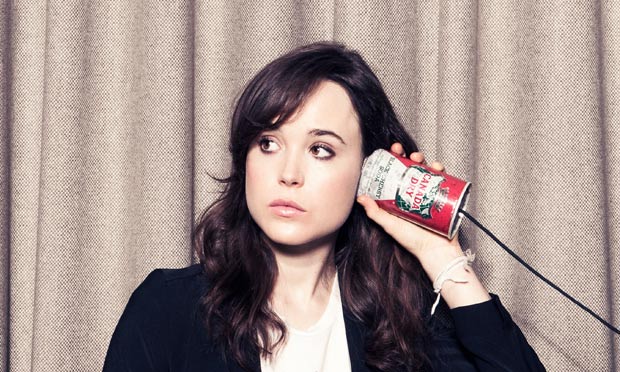 Thanks that that happiness, Ellen has just been taking the time to do a lot of extra-things. Forcing a much needed sabbatical, and just focusing on being herself.

More importantly, she knew she wanted to go back outside because it was such a nice day. The sun pleasantly shining on the open, polluted California skyline. It was a hot day perfect for her oversized trucker hat and flannel shirt that she’s somehow notoriously become known for. It’s never really been anything of a statement, She just likes wearing clothes and burns easily in the sun.

While on the walk, a cute little dog caught her eye as it ran up to her barking. Quickly, Page crouched down ready to pet the pup, and just in that instant the little Maltese dog jumped at her looking to lick a face.

“Whoa, settle down ya little scamp!” chuckled Page, keeping it at bay with both hands. The dog behaving as if it’s the first time it ever met a human being.

“Falcon! settle down!” Shouted a girls voice, who was running towards them with a leash in hand. “Sorry about that, this is the only time he gets to run around and play.”

The girl picked up Falcon, as the dog was still clearly eager to run around. “He just likes people, yes he does!”

“Yes, he certainly does.” Page stands back up and adjusts her hat. “That’s an adorable pup.”

The girl was suddenly in awe of who she had standing in front of her. “You’re Ellen Page!” 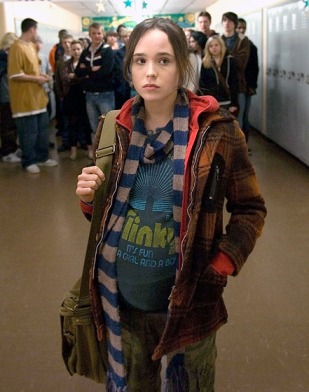 “No… I just, I never expected it… Here, my name is-“ the girl clearly wanted to shake Ellen’s hand but was pre-occupied with the dog.

She put the dog back onto the ground to fulfill her goal, extending her hand to Ellen, “My name is Teresa!”

Ellen shook her hand, “Hi Teresa nice to meet you.” As she finished that sentence, the dog makes her hobble a little bit, jumping up on her legs.

“Come here you!” Teresa picks her dog back up, “Wow! I mean, I know it’s the city we live in, but I never thought I’d bump into you. This is crazy.”

“Yeah a lot of things in life are.” retorted Page. Instinctively, she wanted to go with ‘are you?’ but knew full well that would just be too rude to someone you’ve met for the first time. Ellen usually gives people a large enough window of time before determining if people are crazy or not.

“Look, I don’t want to take up too much of your time Ellen, but I want to give you something before I get out of your hair.” Teresa pulled out a folded page from her purse and hands it to Ellen.

“Ok…” Page took the paper, and opened it up while reading the contents, “The ‘Page Turners Society’?”

“Yeah, That’s why It’s so awesome that I bumped into you like this, I really think you should check it out and see what we do!”

“Of sorts, totally! Listen, just come by It’s tonight! Total coincidence! Address is on the paper!”

After awkwardly explaining to Teresa that she’d think about it because they’ve only just met, they exchanged goodbyes and went on their merry ways.

Ellen spent the entire walk home mulling over the idea of going to a book club. She’s done it once or twice as a child, but there was never any continuous interest within the groups she started with. She figured that maybe this was a successful book club, full of people that really enjoyed reading. How else would they have come up with such a silly name for themselves?

She took to her bookshelf and wondered about what she should share with the group. Maybe some Sarah Vowel? Voltaire? Owen Gingerich? There’s always going to be that part of her that wonders how many people picked up ‘The book nobody read’, perhaps she should tuck that one into her bag and bring it up if the right mood hit.

When the time arrived, she made her way to the address via bicycle. A small library in an out of the way neighbour of low-rise apartments. It looked like it was a much older part of town, but sometimes you have cases where buildings just get made and nobody really manages the upkeep, resulting in these places a least looking a lot older than they probably are.

Ellen walked in and saw a row of tables with people gathered around talking. Teresa was among them ,with eyes on the entrance, as if she knew Page was going to show up. Sure enough upon sight of each other, Teresa bolted out of her chair to break the news.

“Everyone, Ellen Page is here!” Whatever was going on before Ellen walked into the room didn’t seem to matter anymore. Everyone stopped and turned their heads in awe of the tiny Canadian.

Ellen spoke up awkwardly, “Uh.. is this the Page turners?” She felt unsettled as if they were all staring at her. The mood of the room felt equally strange. Quiet, not in the way that a library should be quiet, but in a ‘I-don’t-think-I’m-going-to-like-this-surprise’ kind of way.

The room was filled with hipsters, pre-teens, guys that look far too pretty, and girls that look like really pretty guys. Their gaze continued to be unsettling.

Page fumbled through her bag to combat the awkwardness, “So I got some books… books in here–has anyone read the book nobody read?” Her awkward laugh followed.

One of the strange members perked up, “Um, Ms. page… can I ask you a question?”

She put her handful of books down on the table in front of her, “uh sure.”

“Was it Michael Cera that made you realize?”

“Realize what?” Page was really confused. “That I liked books? I’ve been reading far longer than I ever knew that kid. I don’t even think he likes to read.”

“What’s it like to kiss you?” Asked one of the girls.

“Is that why you dress the way you do?”
“Are all celebrities named Ellen alike?”
“Can you add me on twitter?”
“What’s your favourite food, and can I eat it too?”
“Can I watch when you do stuff?”
“Is how you hold yourself a tell?”

The questions just went on and on. A never ending barrage of nonsense and she didn’t even know where to begin. She felt the instinct to leave, but knew deep down this is something she had to address.

“Wai–wait. Hold on! This is a book club isn’t it?” Ellen was scared, but knew she was the closest one to the front door. So escape wasn’t a problem. “Well Teresa? What’s going on?”

Teresa’s heart felt heavy, she should have explained earlier in the afternoon.

“That has nothing to do with book club does it?” As she was saying it out loud, Ellen began to put two-and-two together, “It’s about me… Isn’t it?”

Teresa shrugged as she continued to explain, “Page turners are… People that never used to be fans of you, until we found out you’re a lesbian.”

Ellen Page was the only person in the room that understood how dumb that sounded.

“I thought if I invited you,” continued Teresa, “we could really understand a lot about you, and love you even more than we all do now.”

Another group member spoke up, “When you delivered that speech on live television. It was so powerful. Since it was about you coming out, I felt as though… maybe… I’m a lesbian too.”

“That doesn’t even make any sense!” retorted Ellen with a furrowed brow.

A boy in the corner puts up his hand, “So, was it Michael Cera?”

That was the last thing she wanted to hear, Ellen had to put her foot down on the subject. “Do you people honestly expect me to accept a group full of people that only like me because I’m a lesbian!?”

“Your intention? Do you people even understand what my speech was about? It’s about me wanting to be myself, and not having to always live up to the expectations and ideals of other people. And this thing gets created to obsess over one tiny little bit of who I am?”

The room is quiet.

“I know that because of the world we live in, everyone just takes things at face value and turns it into a fad. Never actually appreciating people for who they are, but just exploiting and idolizing the words people use. Suddenly now that I’m a lesbian, everything about my work is different? Now you’re willing to watch me perform? Now you appreciate me? The only thing I’ve ever wanted is to just be myself. The least you people could do is the same.”

Ellen angrily slams her books back into her bag and zips it up. Quickly turns and storms out the door.

“I should have guessed nobody really reads a book in this city.” 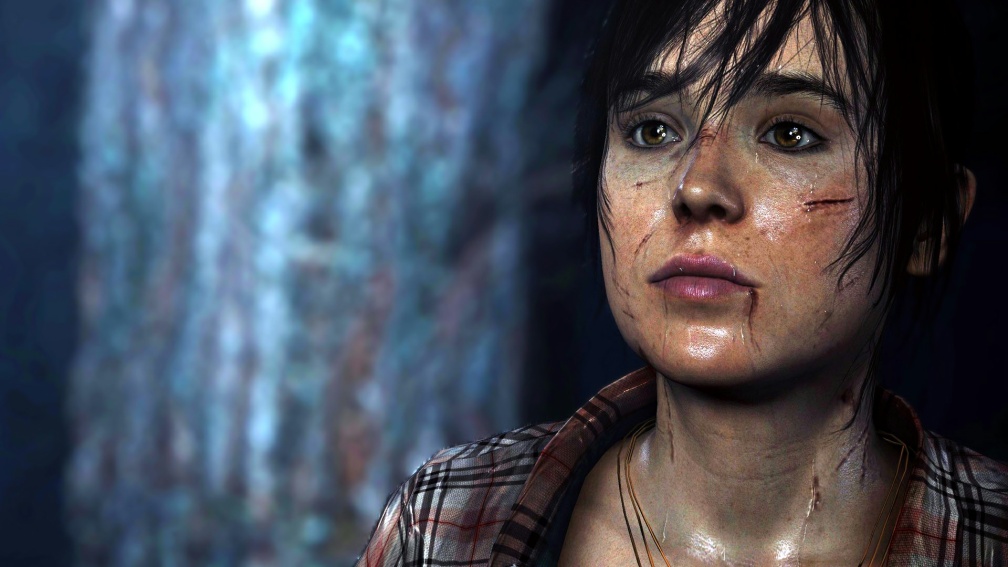