The internet is a big deal. I’m not just saying that to sound cynical, it’s how we function as a modern society. So on June 5th, 2013, Edward Snowden saw it in himself to do a favour for the American people.

Back in 2007, also known by the harder to say US-98XN, PRISM was a project headed by the Bush administration under the ‘Protect America Act’. During the hay-days of the war against terrorism, it was developed as a new way to spy on people. As technology progressed further, the government had to find new ways to make sure that terrorists were never going to set foot on American soil again.

So they tapped phone lines, the internet, and (the most recently outed) video games.

So in a carefully planned instant, Snowden dropped the bomb on the whole thing and fled from his life in Hawaii, to asylum in Russia. We all remember what it felt like, don’t we? If you think of it this way, America spying on the world is basically a public secret. Everyone knows about it. It’s not like they’re alone on the matter, There’s a lot of Countries out there that are spying on everyone else too.

What makes it different for America, is the idea that everything that the people have said and done with their technology is being monitored. It’s especially difficult for internet users because of the constant battling for the freedom to use it. Net neutrality is constantly on the line.

For Months we’ve heard little bits here and there: NSA was spying on this and that, conspiracy theorists probably running rampant, poor Obama continuing to get blame for a project he hadn’t even started. But you know… suppose he has his reasons for keeping it going.

Whatever the case you make for explaining it may be, the whole scenario is a double-edged sword. Snowden’s heart is in the right place, he knows it is. But now a program built for the sole purpose of protecting the American people can’t even convince anyone why it’s good.

Mayhaps they were hoping for the philosophy of “The American people will want us to protect them by any means possible, just as long as they don’t know about it.” This has been going on since 2007, so maybe there’s some strength to that.

Throughout the kafuffle, The NSA recently thought they would do a PR move for themselves via a segement with 60 minutes. Trying to shed the light on what exactly it is they do, but who knows how much of it they’ve actually shown. I suspect they’re gonna need a larger segment. Maybe Michael Moore can do a Documentary for them (or… is that counter productive?)

It’s one of those segments that probably would have been fine, if it didn’t focus so much on the Snowden angle. A lot of the time was wasted on having some sort of strange passive-aggresive attitude towards him, when all we really want is to understand what PRISM is. Did you watch it? Does it work for you?

If you do want to dig deeper into the subject, I suggest you read this Frobes article, as Andy Greenberg had the oppourtunity to chat with an NSA staffer that actually worked with Snowden. Not quite the horses mouth, but to understand the guy that just leaked a pretty big secret you’re better off not going to the people trying to fix their image.

Surprisingly there’s a divide about the whole situation. To some he’s a hero, to others a traitor. For anyone looking for a reason, it’s Obama’s fault. In a way, our digital future has made it way too easy for our lives to be invaded. So in the grand scheme, the government skimming through personal data isn’t the worst thing, if all they’re looking for is terrorist activity. There’s a lot of people who know they have nothing to hide, and a lot more others that are now probably rethinking their lifestyle.

So unless you have a rotary phone and write letters the old fashioned way, You signed up to a manditory problem. I guess you should be greatful it’s your own people. 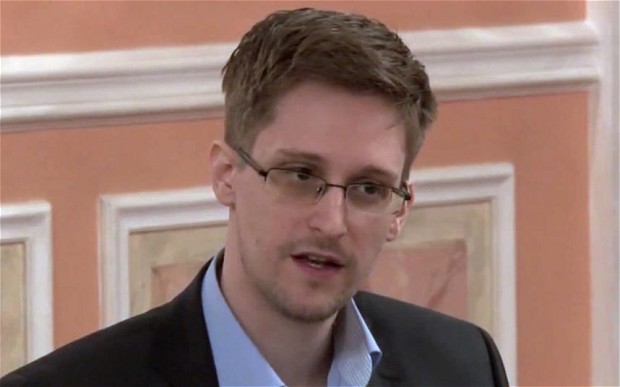 For those interested in all the events that played out. Aljazeera has put together a timeline that you can follow along with, which also contains various news articles to the events as they transpired.