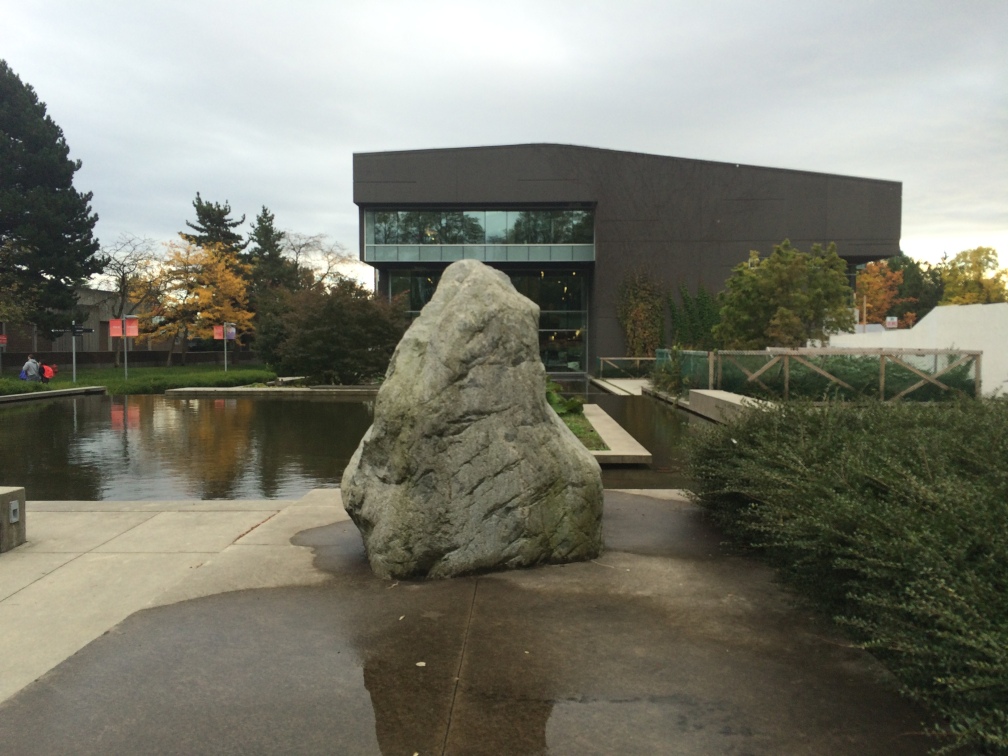 The rock that sits in front of the Library of Langara college is a very curious site. An unofficial mascot of the state of students in the modern age. Boorish, heavy, can’t be bothered to do anything, yet pleasant to look at. In an attempt to seem friendlier to people it had a brief stint with a twitter account. But stopped tweeting when it shaved off it’s moustache.

When renown artist Douglas Coupland was commissioned by the city of Vancouver to find out what art even looks like, the man spend time in his garage putting all of his black and white boxes together. Once revealed, the people of Vancouver rejoiced on how much it looked like an orca. Even more excited were the children who it reminded them of video games.

To this day, people are still trying to recreate it in Minecraft.

Though you may think that this pedestal’s showcase of art is far from over, it is currently used as a piece showing off the Mayor of Vancouver’s new clothes. (As he’s currently in campaign mode to still be mayor of Vancouver, if you look at the podium just right you can see that his clothing is the city itself.)

The city held a contest to see who could come up with the coolest thing that represents East Vancouver’s culture. On such lucky winner spent five days in photoshop playing with shapes until he came up with the winning logo.

It represents Vancouver’s lack of belief and creativity. But serves as a friendly reminder of which part of Vancouver people enter, when passing by on the skytrain.