Kanye West was coming out of the bedroom in his leather vest, sipping on a cup of Seattle’s Best. He could hear his wife Kim playing with the baby in the living room, North’s giggle was out in full bloom. His boyish demeanour always so curious/about his child, who to him was just mysterious. He doesn’t really like to go near her too often because babies give him the heebie-jeebies.

But for North, he tries.

“What are you girls up to?” he asked softly.

“We are going out, aren’t we? Going to buy a new handbag.” said Kim in a baby voice, as she bundled baby North up in an ‘I Pinco Pallino’ silver coat.

“It’s not for her it’s for me.” Kim quick with the snarky reply, picked up North and stood right up in-front of Kanye and posed.

“All ways.” Kanye said with a smile.

“Good, I wanna be sure we do if cameras are going to be around. I swear, I would just like one day to myself and not have to worry about the paparazzi around every corner.”

Kim handed North to Kanye, and then Kim put on her Giuseppe Zanotti knee high boots; The suede ones with the fringe all around it. Kanye just held his daughter and looked at her with a hint of glee in his otherwise tired face.

Kim picked up North again, and headed towards the door.

“Oh by the way babe,” she said, “Are you going to be home later on in the afternoon?”

“Yes. I’m going to be in my den all day working on my meusic.”

“Ok good, because the television crew is going to be here and they want to film a scene of us having breakfast.”

“Again?” he said, “I thought we already did that two days ago.” Kim first replied with a little head-shake insinuating attitude, and let out a sigh before speaking.

“Apparently, it wasn’t good enough so they’re going to reshoot everythiiiing. You just gotta stop frowning all the time. Seriously. The camera is on you so much, people are going to think we’re unhappy together. You know how the media likes to be with their choice of photos.”

“Sorry girl. Just a lot on my mind all the time.”

“Anyway, be back in a while!” Kim shouted. The door closed behind her, it’s not quite a slam but louder than when she usually did it. Sometimes when you closes a door you don’t pay too much attention to how much force you give it, and it often results in a tiny ‘oop’ and feeling of embarrassment.

“Love you, North.” he said to himself, as he rubbed his feet against his snakeskin rug.

Kanye had thought about art all day, and what it meant to be an artist. He often felt like that after selling a lot of records, after going to clubs, after playing concerts and most recently after attending award shows.

He thought about all the blood, sweat and tears he painstakingly etched into every CD by hand. How every single word he ever laid out onto a track, made a reference to a particular time and space to which something beyond the reaches of human comprehension happened.

He wondered if that was ever enough to be respected–no, revered by those that mattered.

Art is a fascinating construct. Music in particular. Is it a generational thing? If you look back at other forms of expression they are a sign of their time, but one that can live on for generations to come and be interpreted into new and fantastical ways.

You could argue that music is a lot like that, but that isn’t the case anymore. These days we don’t revere music like a book or a painting. We’re all caught up in the songs that we know we like ,that we don’t care when someone reinvents themselves. Why is it hard to accept that even those you may not be the biggest fans of, are capable of creating something so meaningful, but we are just so short sighted because of their name, or inability to show up on our rainy-day playlists.

Why can’t we love music for the art that it is, and not for heartstrings it tugs at for the gone days of a better time?

That deep thought was enough to make him upset. He threw down his coffee mug across his kneeling dragon coffee table, giving a large crack to the glass surface. He shuffled his feet across the floor towards his den because he loved the feel of the carpet against his soles. He opened-then-slammed the door out of frustration. Then opened it again so he could walk into the room before him, and closed it gently behind. 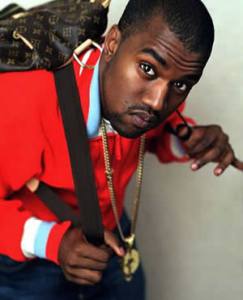 He sat down squarely in the room, and began to meditate. Lit the Yeezus candles that were in front of him. The light from the candles illuminated the large picture of Beyoncé hung on the wall.

“What am I supposed to do, B?” he asked out loud, “How can I prove to the world how great of an artist you are?”

Sometimes large photos are eerie in the sense that it feels like it’s looking at you.

“I know you already do it so well on your own, and I know you’re a grown ass woman that can deal with her own problems, but what can I do to push you forward?”

His adoration for Beyoncé was like a child to his mother. She’s had such a long career, and he always felt inspired by her, wanting to walk in her footsteps. He knew that if he was great, then surely she was better. To him she was a true artist, and nothing she did was ever lacklustre, and deserving of every award on this green earth.

The music, his wife, their child. He just wanted B to be proud of him. When are people going to see that?

He took a breath.

Art is subjective, such is award shows. It’s not up to him to make these decisions. She’s taking her music into an abstract way, because that’s what she wants to do. He knew this.

He made the sign of the cross on his forehead.

He blew out the candle.